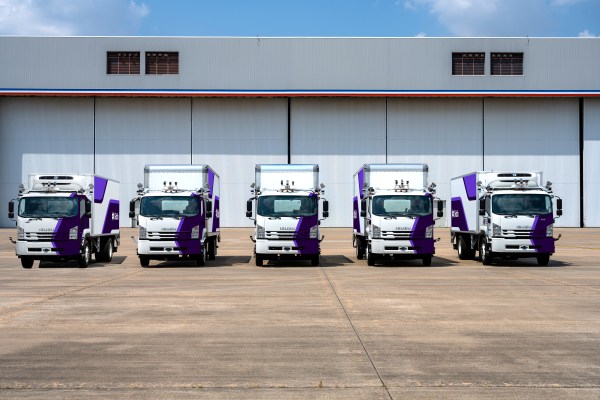 In the two years since Gatik AI came out of stealth, the autonomous vehicle startup has launched pilots with Walmart and Canadian retail giant Loblaw in its bid to prove that self-driving technology combined with box trucks is the secret economic sauce for hauling goods short distances.

Now, the company is expanding into Texas — its fourth market — with a fresh bundle of capital. Gatik said Tuesday it has raised $85 million in a Series B round led by new investor Koch Disruptive Technologies, the venture arm of Koch Industries. Existing investors Innovation Endeavours, Wittington Ventures, FM Capital, Dynamo Ventures, Trucks VC, Intact Ventures and others also participated. Gatik has raised $114.5 million to date.

“We are very much in expansion mode in growth mode and felt that Koch Industries would add the most value,” Gatik CEO and co-founder Gautam Narang said in a recent interview, adding that he views the company as a strategic investor.

Gatik has been shuttling goods as part of pilot programs for Walmart in Arkansas and Louisiana and in Ontario, Canada for Loblaw Companies Limited. Gatik also struck a manufacturing partnership with Isuzu in 2020 with an aim to mass produce medium duty autonomous trucks by early 2023.

Unlike other autonomous delivery companies, Gatik isn’t targeting consumers. Instead, the startup is using its autonomous trucks to shuttle groceries and other goods from large distribution centers to retail locations. For instance, Gatik uses about five box trucks to carry goods for Loblaw. On one route in Arkansas, Gatik has removed the human safety driver, which means some of the autonomous box trucks used to carry goods are now “driverless.” The goal is to remove safety operators from all of its box trucks.

Gatik said it has opened an autonomous trucking facility in the AllianceTexas Mobility Innovation Zone, a 26,000-acre industrial, mixed-use, and residential planned development in the Dallas-Fort Worth area that has become a hub of transportation and logistics. The company is already carrying freight for several customers, which it declined to name. Narang did say that the trucks deployed in Texas are based on the Isuzu platforms.

The company plans to have presence in multiple cities within Texas, Narang said.

Its move to Texas follows other autonomous vehicle technology companies such as Aurora, Kodiak Robotics, TuSimple and Waymo that have set up shop in the state. The decision to expand into Texas was driven by its status an international shipping hub, the regulatory environment that supports autonomous vehicle testing and deployment on public roads and favorable weather. Narang added that the abundance and variety of potential customers will also allow it to have a multi-tenant operation. This means it can use the same truck throughout the day for multiple customers.

The new funding will be used add more vehicles to its fleet of Class 3-6 multi-temperature autonomous box trucks and hire more employees, particularly in Texas. Today, Gatik’s roughly 70 employees are spread between its headquarters in Palo Alto, engineering center in Toronto and operations in Arkansas and Louisiana.

Narang said they plan to double the number of employees to around 150 people in the next six to nine months. This Is Awkward, But The Most Searched Word On Bing Is Google – Kotaku